I had an opportunity. Multiple opportunities, actually, and sometimes you just have to act on them, remembering about the risks. I've been using mostly manual, or with limtied automation, film cameras - and I could play around with a lightweight, plastic autofocus SLR. Would that change my view? Would I suddenly decide to sell all my previous gear? Is it even designed in a proper way?

If you wish to jump into the review and skip all the bs, click here.

We've seen "reviews" of film stocks based on a single roll. Even in hands of someone experienced, who won't make a basic mistake with exposure, try out different scenes, at best you'll get surface-level impressions. Why not do that with cameras?

On top of that, it's a bit different. After a long time with a tool, you will be subconsciously aware of its limitations, you may get some emotional attachment. And if you don't like it, you won't even bother making a review, you will leave it at home most of the time. "Long term" reviews are mostly "yeah it's pretty awesome but here's things that may break". Especially since we're talking about devices that really don't get released now, and there's no novelty factor, no reason to rush with initial thoughts.

I'm used to solid equipment, the top of the line stuff. I made a review of the Minolta XG-1, but I jumped over to XD-7 without much regret (although, the XG-1 does let you disable the shutter to prevent accidental discharge, unlike XD...)

A friend wanted to get a light, automated camera. For a beginner, it makes sense - you really don't want to lug around something too large or heavy, like flagship cameras of Nikon, Canon, Minolta. And ask yourself, do you really need the ruggedness? Professionals who do need that jumped to digital at the first opportunity; for casual shoots you can do without it. Point and shoots can be an okay option, but they don't give you any control in case you want to change things around, and those that do are subject to fashion tax.

But there's a forgotten niche of cameras that were never in the spotlight. Your dad may have bought one for family pics, finally upgrading from that Zenit 11. Or your aunt, to take pictures of her cats. Cameras that in general were less advanced, but still capable; using cheaper materials, that happened also to be lighter. And they're still cheap.

I went out and found a deal for a Minolta 5xi with three lenses and some other equipment. 500 HKD later, and 40 more for the battery, it turned out it didn't exactly work. The screen inside the viewfinder was half broken, grip was disintegrating and there was a small crack on the bottom, but that's a small issue compared to the fact that the aperture controlling ring was not in correct position. Any lens installed would be stuck at smallest aperture. Still, overall, it was not a horrible deal - in the deal were included 35-80mm xi power zoom, 70-210mm Kazuman zoom, and mint Minolta 24mm f2.8, in a branded leather case. Great!

Help came from a fellow Minoltahead - a local guy whom I met by blind chance. We have a deal - I develop and scan film for him, and I get some equipment in return. Kind of. Well, I shouldn't look at friendships as a transaction thing. I mentioned the issue my original friend had, and he produced a Minolta 505si with the kit 28-80mm zoom. He also threw in a 100-300mm xi power zoom in there, as he seemingly hated it. Yes please! Seems perfect, even lighter than 5xi!

Of course, before passing my gift, I had to test it out myself... inside I found a roll of HP5, there's nothing else I need to ask for, let's go! 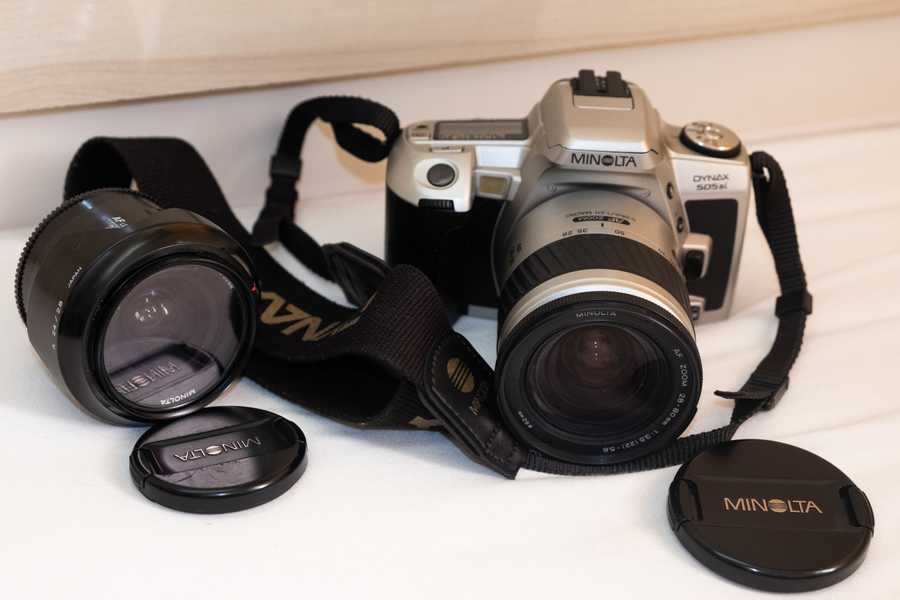 I'm not gonna go over the specs. Released in 1998, at the end of film era, for a budget cam, on paper it's not too bad. Nothing crazy, got very fast shutter speeds, few autofocus points, etc. Do read the manual if you're more curious - it's a neat part of the package. I liked the increasing film counter - very small touch, very smart.

First thing you notice when you get your hands on it is just how light it is! With the kit lens, around half a kilo? With the grip, it's easy to handle it onehanded. Put the strap around your arm, and hold it like a point and shoot, but with a comfortable (although fully plastic) grip. It gets slightly heavier with film and 2 CR2 batteries, but never unmanageable. Of course, take this with a grain of salt as it's said by a guy who would handhold a Mamiya RB67. Do make note of the batteries - CR2, not exactly easy to find. I understand why - size, weight are significant factors, but I kind of wish it would take AAs instead. Thankfully, it wasn't that hard to find them, and you can even find rechargeable ones to save you money over time. On top of that, the data back takes a CR2025 battery. I didn't use it as I put the film first, then remembered that I need to change it...

Yes, outside is plasticky. The shutter is metal, though. Yes, it's light. But it doesn't feel bad. Plastics aren't creaking, buttons (besides MF/AF switch) press with a pleasant click. Nothing really to complain about yet! 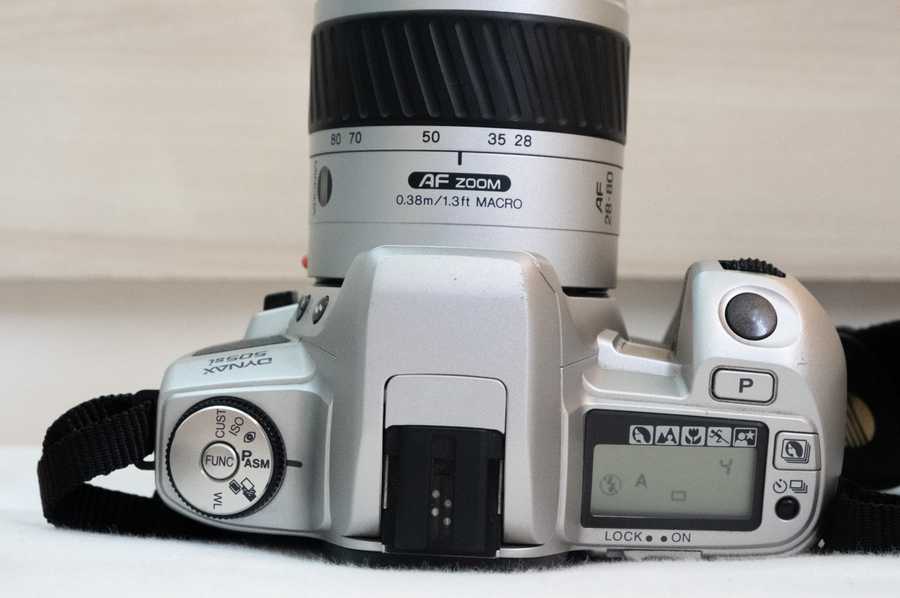 Minolta was the pioneer in autofocus SLRs. New mount, everything controller electronically, lenses only have a manual focus ring (and zoom). But that doesn't mean they were good; on Minolta 7000 you change settings by pressing mushy buttons. On 5xi, there's buttons, and... sliders. Changing aperture? Move the slider right or left, return, move again. Quite frustrating, and feels like a step back from manual SLR era! Not even mentioning the xi-era power zooms. Who thought it was a good idea?

Thankfully, for si-series, they finally realized their mistake. There's a dial in front of the grip that controls everything. And few buttons. Controlling flash is done by pressing the flash button and rotating the dial; changing the ISO - set the left-side dial to ISO and hold the middle button down. Most importatnly however, in S and A modes, the dial just controls shutter speed and aperture respectively, so - again, you can use it one-handed! And once you set everything up, including custom functions mentioned in the manual, ISO, whatever, then you won't be going back to these settings too often. Maybe exposure compensation, sometimes. Not a problem at all, and placement of the buttons seems to be well thought out. Things less important that are shown on the main screen are on top, but more important - exposure, flash - are on the side near the mount, so you can change them by touch without taking your eye off the viewfinder. 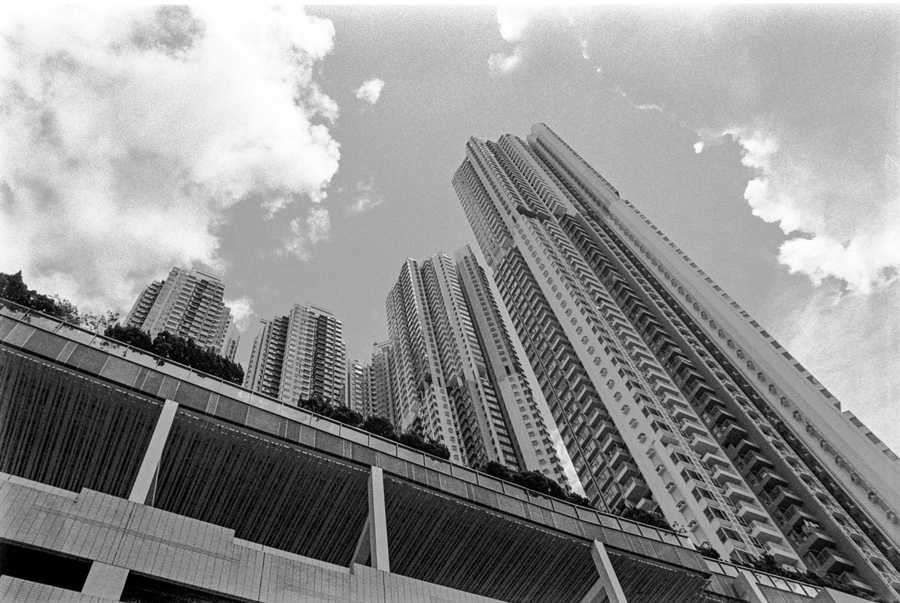 Still, getting to some settings will require you to memorize some sequences. Read the manual, dummy! For a beginner who doesn't know what they want to achieve, it may be confusing - but for them there's P mode, and few thematic modes as well.

Some things are weirdly put together though - one button controls swithches between single shot, bracketing and self timer. Why the timer...?

There are two screens - one on top, one in the viewfinder. The top one is rather simple in its layout and does not make a good impression overall. It does have many functions, and Minolta definitely saved money on used segments. It's functional, but not pretty.

The one in the viewfinder is a bit more problematic. It's on the left side - and I'm really used to seeing things on the right side or the bottom. So sometimes I forgot about it. On the other hand, it does give you most basic information you need - like chosen AF point, shutter speed, aperture, flash, exposure compensation or metering in M mode. 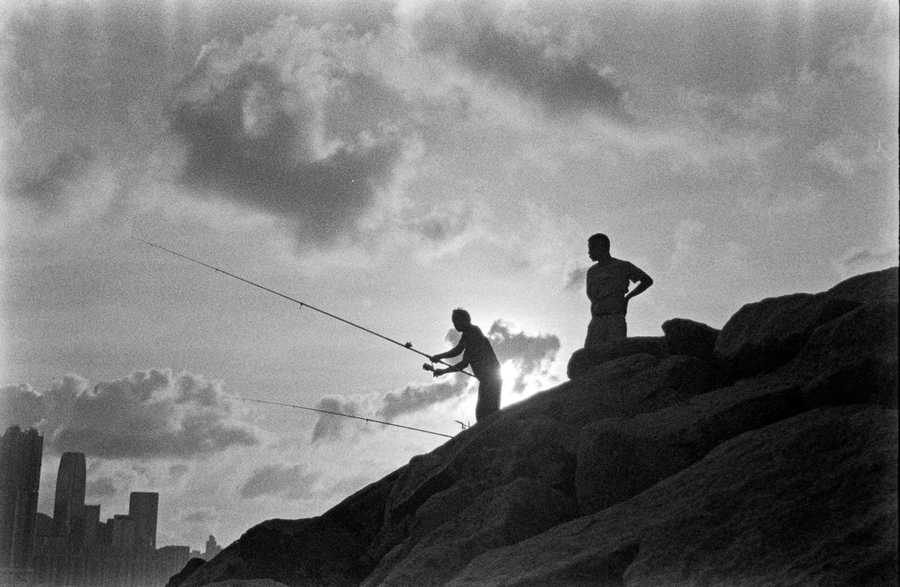 There's this problem that if you use exposure compensation, you need to keep track of it yourself. If you're overexposing, it will show you a "+" - and a "-" if you're underexposing, of course, but it won't tell you by how much. Similarly, in M mode it won't tell you how far you are from detected exposure levels. For amateurs it's not a problem, for more advanced users - maybe, a little bit.

Having experience with modern mirrorless AF, I was somewhat impressed. I relied on AF for most images. It wasn't lighting quick by modern standards, but still pretty quick. And accurate. I do also have the experience to know to aim it at mostly contrasting edges, to make it easier for the AF system.

However, I'm still faster in manual focusing than any autofocus, considering that I may need to readjust the position to make sure AF is aiming where I want the focus. Focus and recompose seems like a daily occurence. Thankfully it's not a problem and it's intuitive. 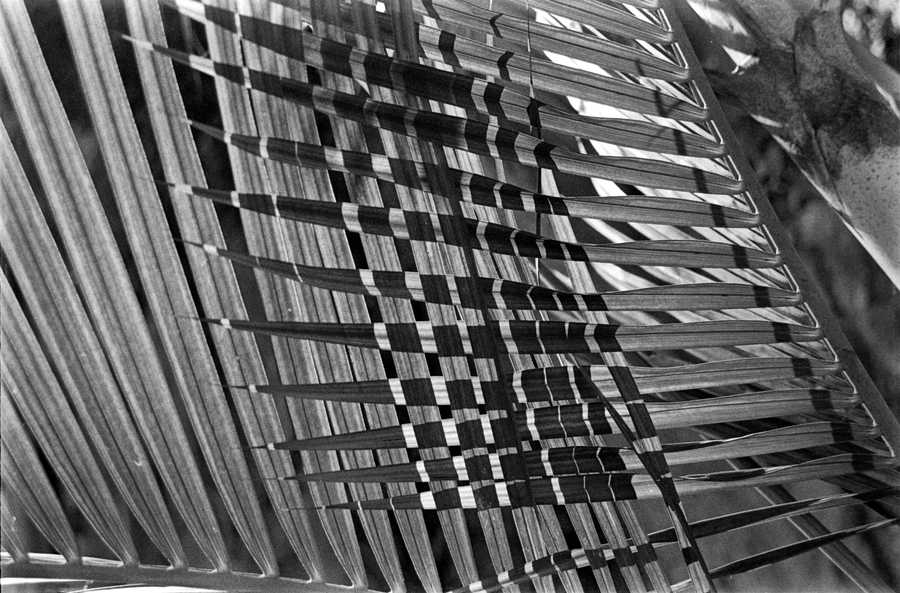 It did get confused mostly with bright lights involved though. Manual focusing sucks on most SLRs - the focus ring is loose, small, and there's no focusing helps.

Of course, it depends on the lenses - the metering on the body seems to be pretty good. I used the kit lens, 24mm f2.8 and few shots I took with the 100-300mm zoom. The kit lens seems to be perfectly adequate, although most images I took were in sunny conditions with fast film, so I would keep it at F8-F11 - and pretty much all lenses are good at these apertures. However, it's certainly worth noting that there's no significant distortion involved. I've seen Nikon's kit lens, that was pretty awful. With bright lights it's also quite flarey, so keep them away from the edges of the frame. 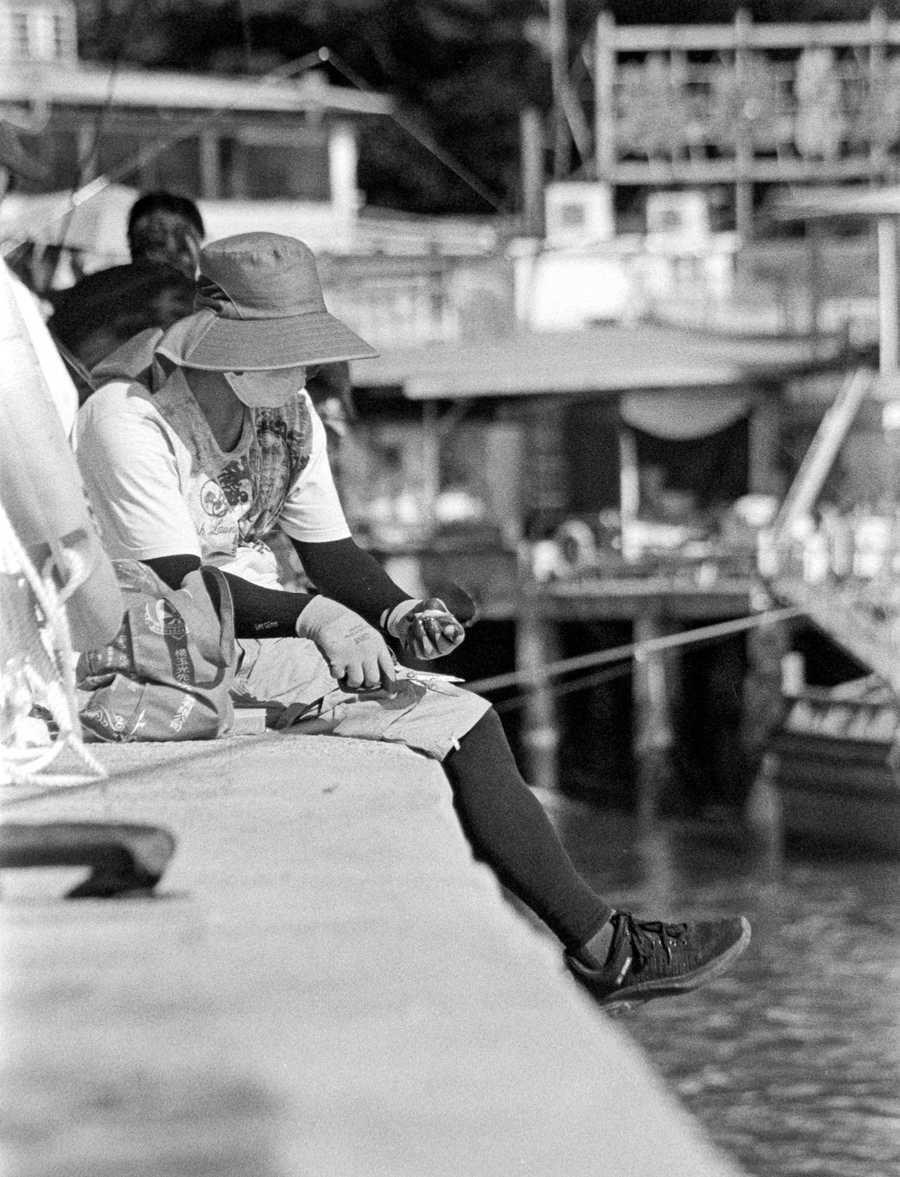 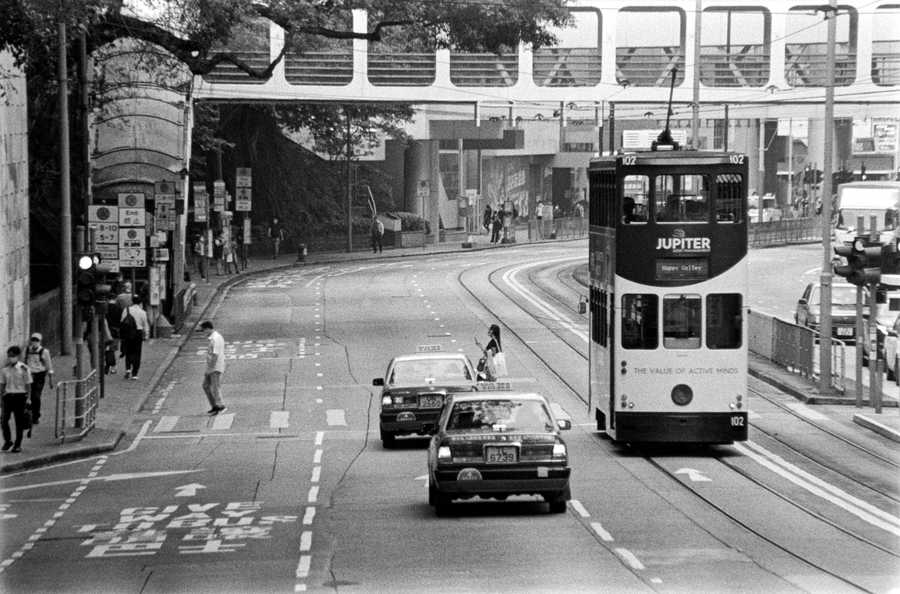 The 24mm is quite legendary. I have that lens in MD mount, and it always surprises me with superbly sharp results. The 100-300mm power zoom sucks to use, but the images I got were alright too.

And lens selections, besides the ones I got, is superb. The very best glass however will be expensive - A mount is not dead yet, pro lenses are still often adapted to Sony mirrorless thanks to LA-EAx adapters.

There's a built in flash. Controlling it isn't complicated at all - it will pop up automatically in P mode if it's too dark (or it's in fill mode), in half-manual and manual you need to enable it yourself. There's no control over the strength, but it is TTL'd.

You can pair a wireless flash to the camera though! And it does have that red eye reduction function as well.

There's also few custom functions to customize your camera experience. Mostly small ergonomic tweaks. It can also leave the leader out after rewinding - that's useful if you're self-developing!

Really, read the manual. Probably will need more than once.

Analog photography enthusiasts are quite privileged. Despite equipment prices still going up, the best of the best are still cheaper compared to their original, brand new prices. So, if you're into it, why not go for the top of the line? Well, that keeps prices of still good, but not as good equipment much more reasonable.

And the 505si is reasonable, but it would be glossed over. You can upgrade from here, but not by much, and you will lose the lightness. If you're looking to change your style a bit, try the AF SLRs, why not give it a try for cheap, instead of jumping into a Dynax 7 or similar? It is limited, and it has its shortcomings, but they are not a big deal if you're just starting out.

At least, that's my impression after running two rolls ran through it. 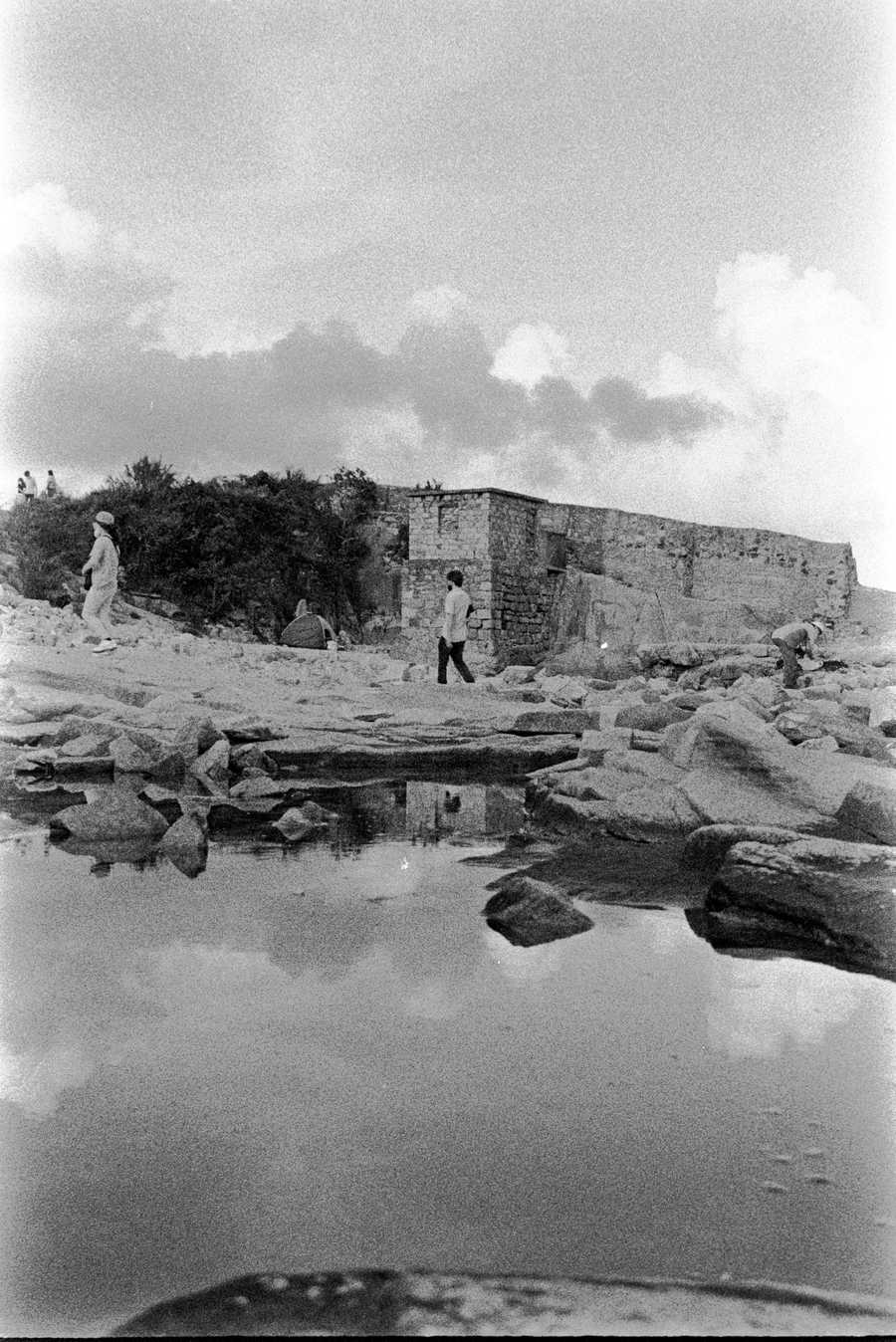